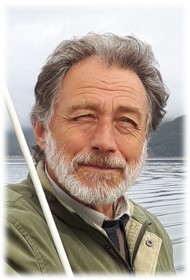 Alan Atkins is an example of someone who recognized a good thing—took action to learn about it—and then completely turned his business inside-out with the knowledge he gained.

Alan was a Certified Financial Planner who knew that working with the 50+ age group was smart. He was aware this market segment was growing—and he understood its financial strength.

By most standards, Alan was successful at his practice. He worked with people he enjoyed and his focus on this 50+ market allowed him a good life. With one employee, and managing about $6 million in assets, putting in the hours he wanted to in his business, he was doing well. At the same time, he felt getting credentials in the field of working with this 50+ market could serve him well.

So, he enrolled in our program—but mainly to obtain the designation. Soon, he realized that what he was learning was amazing! He thought he knew a lot about his target market but soon discovered how much he did not know. While filling in the gaps about the 50+ market, he gained a new view of how he could better relate to—and serve—this growing market in a way that those in this age group would recognize.

When he completed his course and earned his designation, Alan took action! What he had gained from our course, plus the power of this designation was a combination that he shared with new prospects.

Alan went into his community and, as he says, advertised the heck out of the fact he had the new designation. At the time he completed our course, we didn’t have the marketing kit that is now part of our program, so Alan created his marketing campaigns. He explained to people what he had accomplished in acquiring this designation—and most importantly—what that meant to his prospects and clients. He helped them to appreciate that he made the effort to understand them.

As a result, he changed the way he approached this market because he learned in our program that the 50+ population wants a personal relationship. They don’t want a “stranger” to manage their money—they want a trusted friend. Subsequently, Alan altered how he approached the market in his advertising—and in the way, he approached a prospect.

So what changed? In a nutshell, Alan recognized that acquiring a detailed awareness of the issues of his target market made all the difference. He knew that becoming an expert in the field of aging is essential. There aren’t that many people in business who understand the issues of aging and using the knowledge he had gained, Alan took a leadership role.

Moreover, the knowledge Alan gained from taking the CPCA course was not limited to applying it in his business life. While taking the course, his mother was admitted to the hospital. Fortunately, he found that he was able to apply the information he learned in our course to his life circumstances. For him, this meant he had even more meaningful interactions with his mother who passed just three weeks after he completed our program.

He’s found that he’s also been able to help his father because Alan now is more aware of the real issues that his father faces both as a senior and a widower. He continued to find ways to assist his dad with new resources that Alan had no idea existed before his experience with our course.

In the end, Alan attributes his success to the knowledge he gained which allowed him to present himself as an expert to his target market. And his confidence grew as he found he was now in a position to help others who were important to him: friends; family members; prospects; and clients. He knew that his designation was making a difference to others, and he was aware that others relied on him, and they became his biggest fans!

This story is one of many. Build your own business with the specialized knowledge we provide in the CPCA Program. Once you gain that knowledge, let the world know that you have this expertise.

Take that first step. We look forward to writing your story! You owe it to yourself, your family—and to the people in your community who need the expertise, you can provide.

Are you ready to take the next step in your business—and enjoy the kind of business growth realized by Alan, and many other CPCA members? Then, call us at 1-877-272-7575, or e-mail Info@AgeFriendlyBusiness.com.